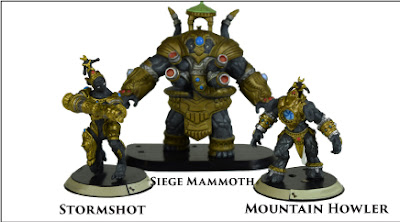 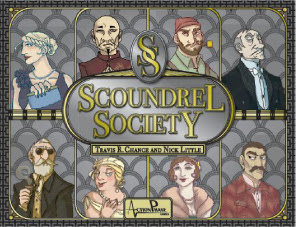 Who is the most dirty and rotten of the Scoundrel Society? The first Small Box/Big Fun game from Action Phase Games, players in Scoundrel Society take on the role of a member of The Society, a gathering of notable con artists who come together once a year to show off their craft by proving who can steal the most loot from the mark - without getting caught, of course! 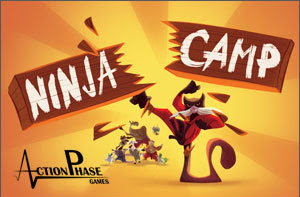 The second game in the Small Box/Big Fun line of games for Action Phase Games, players in Ninja Camp are members of animal martial artist clans pitted against one another in a training exercise where the best clan will become the personal ninja apprentices of Sensei Saru. 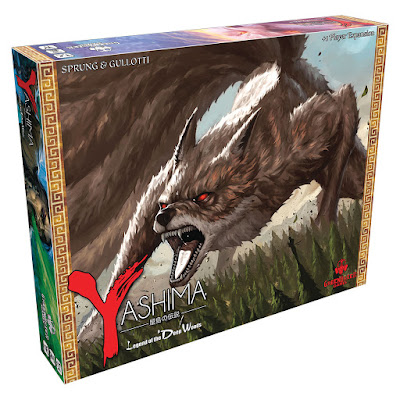 Stalk the Deep Woods! This expansion to Yashima: Legend of the Kami Masters adds an additional player to the core game, and includes two brand-new Kami Masters and a new Kami! 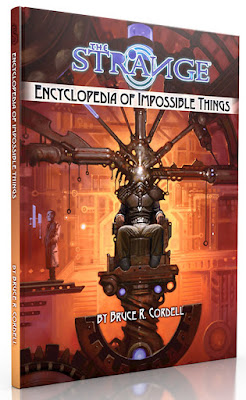 In The Strange, players explore pocket dimensions seeded from Earthly fiction and mythological dimensions powered by magic, mad science, psionics, or even more bizarre laws of nature. They often find treasures or equipment beyond anything imagined back on Earth - or items of Earthly myth, made real in the depths of the Strange. A gear and goodies supplement for The Strange, The Encyclopedia of Impossible Things contains over 400 new cyphers, 200 new artifacts, and scores of other items that might be encountered in the shoals of Earth. 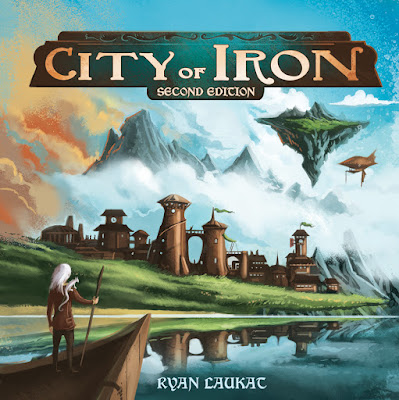 The future of a nation is in your hands! Erect unbreakable foundations for an empire - or disappear into the dusty pages of history - in City of Iron, as players compete to build a small nation in a world of machines, magic, and money. As leader of one of four rival races - the industrious humans, the toad engineers, the scholarly Cresarians, or the clever hogmenorner - players attempt to corner the market on goods like machine parts or bottled demons, research steam-age technology, recruit mercenaries to control the continent, and build sea-going schooners or cloud-cutting airships to reach faraway lands and flying islands. 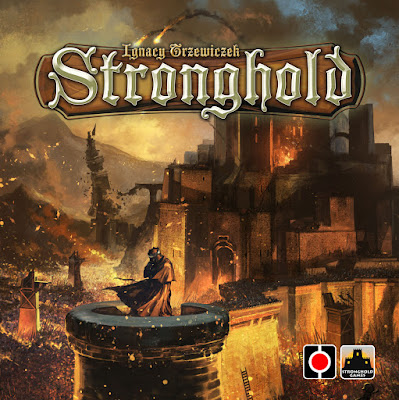 Siege and Conquer! Fortify and defend your outpost - or lay siege to your opponent's - in Stronghold! Prepare yourself for the battle of the ages! Be you the Defender or the Invader, the struggle will be epic and the story will be glorious! In this game of siege and fortification, players take opposite sides of the battlement - one to defend the stronghold, the other to assault the castle and breach its walls. As the Defender, send units to reinforce the walls and gates, forge lethal cauldrons and cannons, and set traps and sabotage siege engines. As the Invader, train drovers, quartermasters, and other specialists to man the ramparts, construct siege machines like deadly ballistae, destructive catapults, or huge trebuchets, and summon black magical powers and sacrifice goblins to bombard the stronghold. 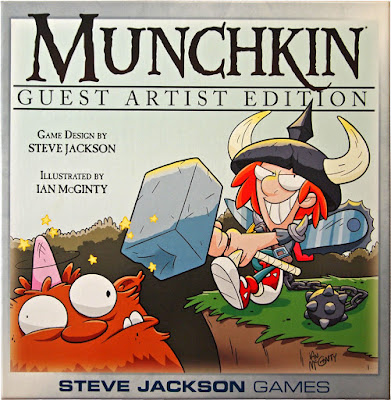 Celebrate 15 years of Munchkin with special Guest Artist Editions! Ian McGinty, known for his work on the Munchkin and Adventure Time comic books, starts us off with a bang! McGinty illustrates the classic Munchkin game, giving us a fresh look at the Gazebo, Net Troll, Shrieking Geek, and the other 165 cards in the box. 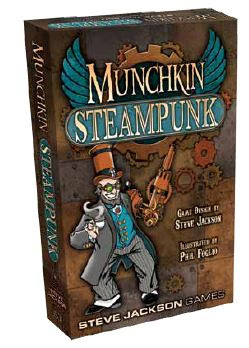 Grab your gears, put on your top hat, whack the monsters, and grab the treasure...with the power of SCIENCE! Featuring brand-new art by Phil Foglio (Girl Genius), Munchkin Steampunk brings the zaniness of Munchkin to the pseudo-Victorian steampunk era. Bully! Tea service not included (maybe)!