TableTop Season 3 Episode 4: The Hare & The Tortoise and Council of Verona

Wil Wheaton and guests Alison Haislip, Jessica Merizan, and David Kwong played The Hare & The Tortoise and Council of Verona in this past Thursday's episode of TableTop! 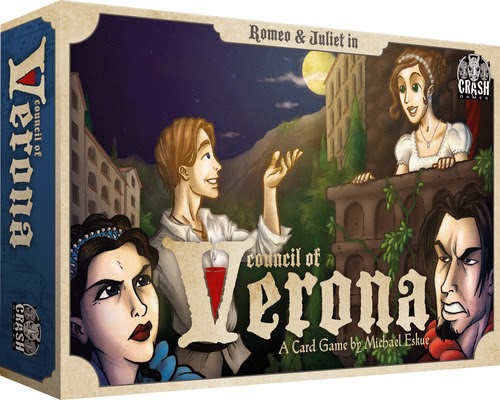 The citizens of Verona have grown tired of the constant quarrel between the houses of Capulet and Montague. As ruler of the region, Prince Escalus has formed a council to help mediate the conflict and bring lasting peace to Verona.

In Council of Verona, players take on the role of influential citizens of Verona and act to use their influence to either add characters to the council or cast them into exile. Through thoughtful hand management of their cards and clever placement of influence tokens, players gain victory points based upon the agendas of the characters at the end of the game. The player with the most victory points wins!

We've all heard the story of Romeo and Juliet – now is your chance to steer the story and determine who will rule Verona once and for all! 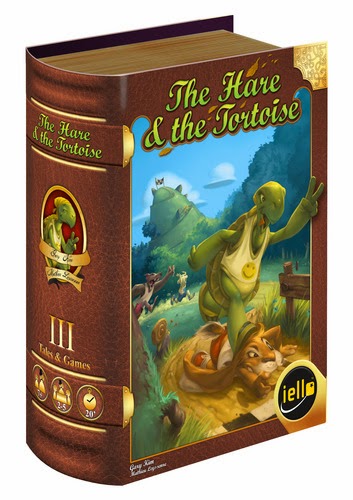 he Hare and the Tortoise, originally published as Royal Turtle, is a card-driven betting game about animal racing loosely based on one of Aesop's Fables.

At the start of a race, each player secretly bets on one of five animals: turtle, rabbit, lamb, wolf and fox. One animal is chosen at random for each player, then after receiving a hand of seven cards, each player places one of his cards face-down (possibly the same animal) as an additional bet. Players then take turns laying down 1-4 cards, with all cards needing to show the same animal, then refilling the hand to five cards. As soon as eight total cards have been played or four cards of any one animal, the animals move (maybe).