Ready Yourself for the Zpocalypse! 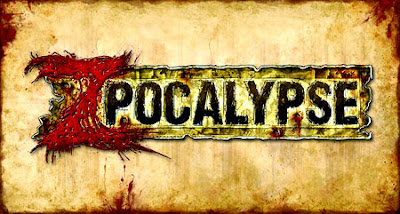 "I had heard a radio transmission saying the army had been overrun in the city and the government was gonna nuke the whole area. Well a few of us – the smart ones – we headed ourselves up n’ out to this old abandoned hotel with a fallout shelter." 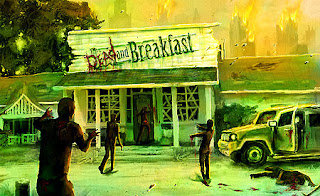 "About a week or two ago, they dropped the big one. When it came, not all of us were inside. Some’ve us had been out scavenging. I don’t like to think on it much. The rest of us closed the doors and huddled together, with hell on earth raging outside." 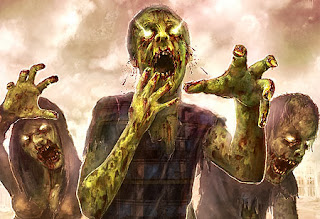 "We have made it so far in the shelter. We are nearly out of supplies and need to find more. We have to open the doors, and hope it is all worth it.” 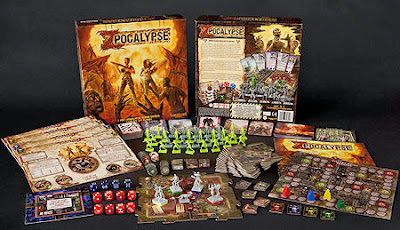 Zombies roam the earth...and they’re hungry! A survival board game set in a post-apocalyptic wasteland, players in Zpocalypse start in a basement/fallout shelter which can lead out to several base locations, or even through the tunnels to sewer grates throughout the modular board. Utilizing combat, tactics, resource collecting, character development, team play, and strategy, the survivors endeavor to make it day-to-day in a world torn asunder by the walking dead. 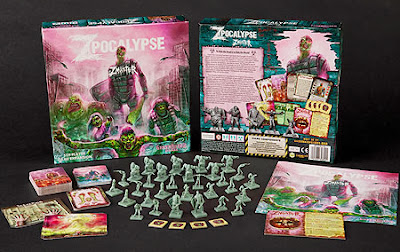 As in any survival game, one needs food, guns, ammo, and more. Players venture into the wasteland and scavenge for supplies, or perhaps to find a new gun or melee weapon to fend off the next zombie attack. In addition to gathering supplies, each player forms and controls his own squad – and each squad works to fortify the bases. Your walls and barbed wire won’t hold the dead for long, however, and they’re getting hungry!

Click Here to check out the series of Zpocalypse tutorial videos from Greenbrier Games.