Recently announced by Asmodee Editions, 9 new demos will be available here at Alliance soon! If you want to give players an opportunity to try out any of Asmodee's new games, these demos are the way to go! 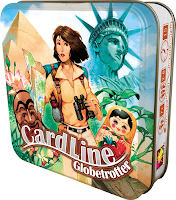 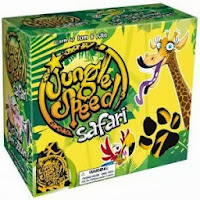 Jungle Speed: Safari Demo
Normally, calm reigns supreme amongst the animals of the jungle. But when the time comes to eat, the animals gather round the forest of totems and their wild instincts take over. The hungriest animals race to catch their prey first. Others become angry and shout, whilst the chameleon hides. When the hunter appears, there is panic! 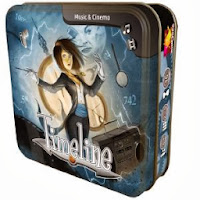 Timeline: Music and Cinema Demo
Was Flight of the Valkyries before the William Tell Overture? Sure, the Eagles came before Daft Punk, but was Enter the Dragon between the two? Guess correctly and learn as you play, and be the first to place all of your cards in the proper timeline to win the game!

Dixit: Origins Demo
Every picture tells a story - but what story will your picture tell? Dixit is the lovingly illustrated game of creative guesswork, where your imagination unlocks the tale. In this award-winning board game, players use the beautiful imagery on their cards to bluff their opponents and guess which image matches the story. Guessing right is only half the battle ` to really succeed, you`ll have to get your friends to decide that your card tells the story! This expansion introduces 84 cards to the surprising, exciting, and evocative Dixit game. 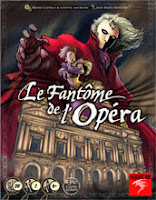 Le Fantome de l'Opera Demo
The opera house is clearly haunted, and the ghost wants to drive off La Carlotta, the lead diva. Chandeliers fall, strange voices whisper from the shadows, and it's only a matter of time before she leaves Paris forever. Portray the Phantom and scare off the opera singer, or play as the investigator and discover the true identity of the fiend before it's too late! 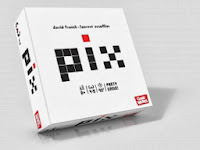 Pix Demo
The goal of PIX is to draw a card, then `draw` the clue using the magnetic screens and pixels. The fewer pixels that you use, the more points! 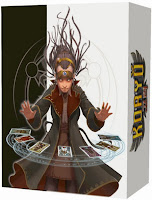 Koryo Demo
Set in a uchronic and politico-steampunk universe rooted in the lands of 10th-Century Great Korea, players
in Koryo seek to curry favor and influence with the nine governing political families in their quest for prominence.

Sow Terror in Good Fun... or Not! In Rampage, players control one of four rampaging (and hungry) monsters with a singular objective: cause the most damage to the metropolis (oh, and devour meeple citizens)! Attack buildings, hurl trucks, or unleash your "Monster Breath" to rain havoc upon the panic-stricken populace to earn your spot atop the heap of destruction and mayhem! 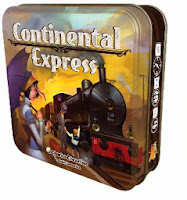 Continental Express Demo
As an employee of the Continental Express railroad company, you are in charge of the constant ballet of train cars at your station. You must complete each train in time for it to depart. But, the other switchmen want the same train cars as you, and in this yard there are no holds barred! As a railyard manager, players must switch
the right train cars to the station in order to form their train.