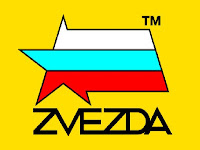 Zvezda is extremely proud to announce that Samurai Battles—our historical boardgame of samurai warfare in Japan’s feudal age—has been honored with the Origins Award for Best Historical Boardgame of 2012! 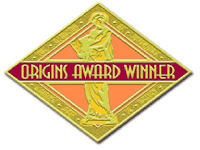 Samurai Battles is a historical board game that puts YOU in command of your very own feudal-era Japanese army, using beautifully-sculpted and historically accurate plastic models. You must muster your force of highly-disciplined samurai warriors and eager ashigaru soldiers and attack your enemy without mercy! In reality, Samurai Battles is "two games in one box". Everything you need to play The Art of Tactic and Commands & Colors is included inside the massively-packed box: 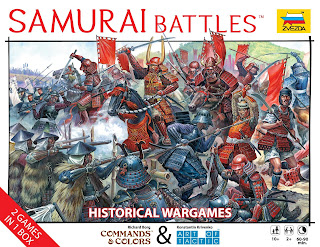 Art of Tactic (designed by Konstantin Krivenko): This game will confront you with the same kind of challenges that a real samurai commander would face on the field of battle: the unknowable plans of your foe and an ever-changing course of events! Using the specially designed unit cards, you and your opponent both secretly issue orders to your troops—orders that are then executed simultaneously!

Commands & Colors (designed by Richard Borg): This award-winning system finally gets the samurai-treatment! The uncontrollable "fog of war" is represented by the special deck of Command cards, while secret plans, dirty tricks, and the whims of fate are revealed through the unique Dragon cards.

Either game system is worthy of the title "Best Historical Board Game", but with Samurai Battles, you get them both!