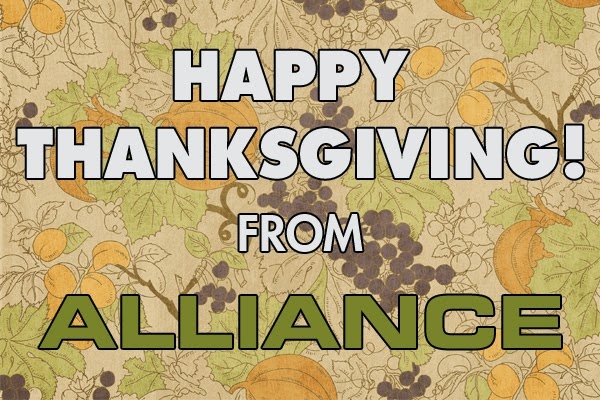 As we head home this week to give thanks for what we have, we would be remiss to not say how thankful we are for each and every one of you. Thank you for the trust you place in us, for the business you entrust us with, and for your friendship. May you and yours enjoy the holiday!

Happy Thanksgiving from our entire staff at Alliance Game Distributors!
Posted by Unknown at 12:50 PM No comments: 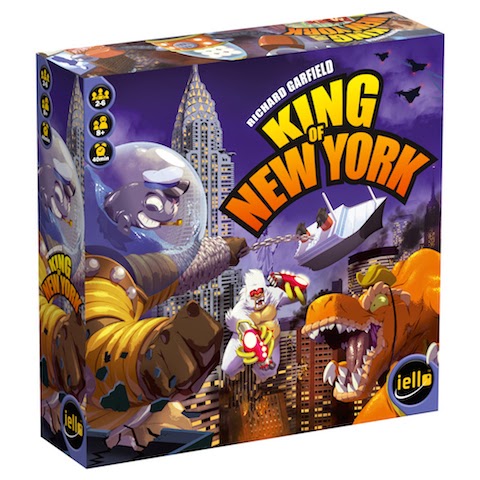 Get ready for Richard Garfield’s follow up to the best-selling King of Tokyo! Who will be the King of New York? King of New York introduces lots of new ways to play, while still keeping the core ideas of King of Tokyo. There are Buildings to Stomp! Vengeful Military Units to Destroy! Six brand new Monsters!
Every roll of the dice might mean that your monster feels the OUCH, as military units open fire. 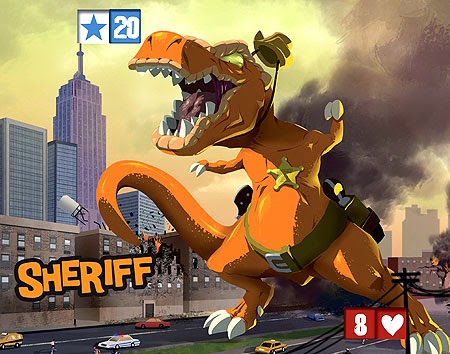 Will you grab the spotlight, and become a celebrity Superstar? Or will you become the defender of the city, and befriend Lady Liberty? Each of New York’s boroughs has its own charms, but to truly rule the Big Apple, you have to control Manhattan. 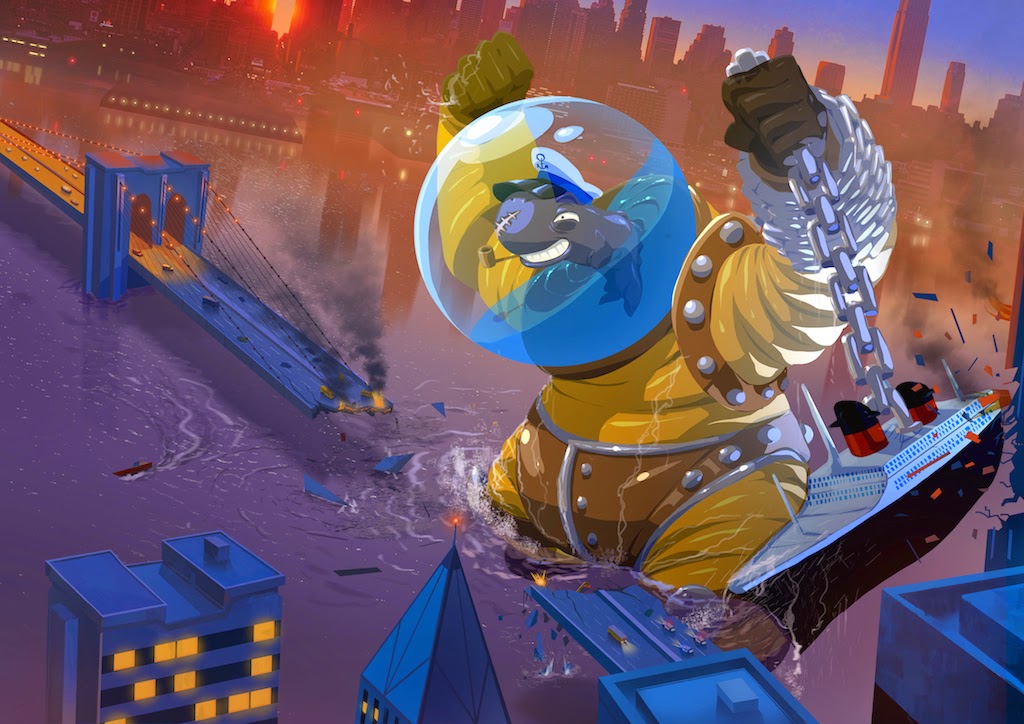 Defeat the other monsters and rule the city.... Become the King of New York!

The new edition of Gravwell is coming soon!

Gravwell, the 2014 Mensa Select winner is back!

Gravwell is an easy to learn game where players command spaceships that have been pulled through a black hole, transporting them into a different dimension. 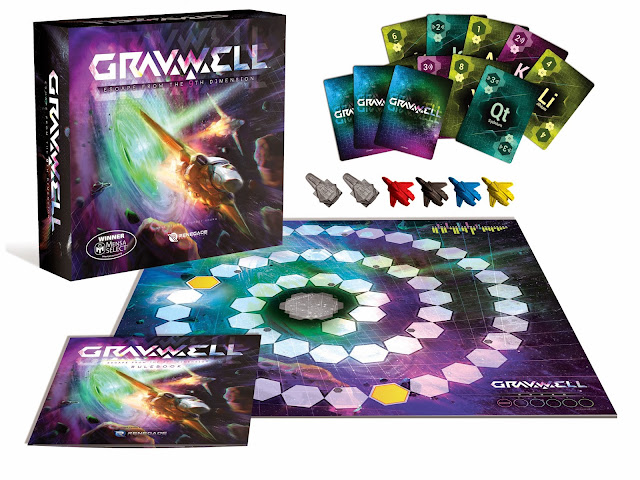 With each ship lacking fuel to get home, each player must collect basic elements from surrounding asteroids, using the gravity of the dimension and what little resources they have in order to reach the warp gate that will take them home.

But in this dimension, moving ships will travel towards the nearest object, which is usually another ship, and when those objects are moving either forward or backward, reaching the warp gate isn't always easy. Time is running out to save your crew and your ship! 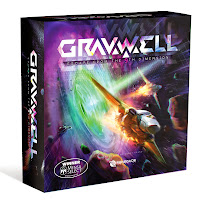 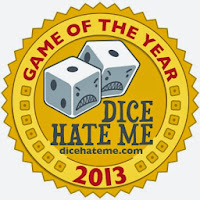 As a grim reminder of the cost of failing to escape, the frozen hulks of dead spacecraft litter the escape route but with careful decisions, you can slingshot past these derelict craft and be the first to escape from the Gravwell!

Posted by Unknown at 7:30 AM No comments:

In Tokaido, each player is a traveler crossing the "East sea road", one of the most magnificent roads of Japan. While traveling, you will meet people, taste fine meals, collect beautiful items, discover great panoramas, and visit temples and wild places but at the end of the day, when everyone has arrived at the end of the road you'll have to be the most initiated traveler – which means that you'll have to be the one who discovered the most interesting and varied things. 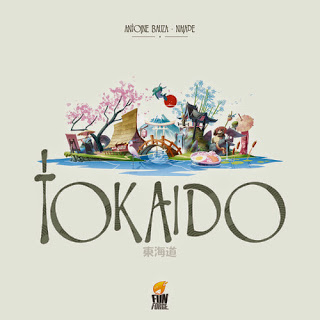 The potential action spaces in Tokaido are laid out on a linear track, with players advancing down this track to take actions. The player who is currently last on the track takes a turn by advancing forward on the track to their desired action and taking that action. So, players must choose whether to advance slowly in order to get more turns, or to travel more rapidly to beat other players to their desired action spaces. 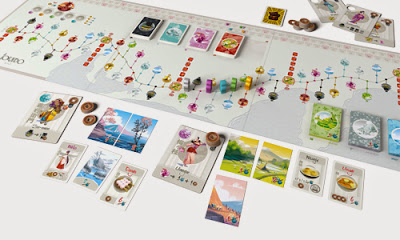 All of the actions in Tokaido are very simple, and combined with a unique graphic design, Tokaido offers players a peaceful zen mood in its play.

Walk the Dreams in Onirim! 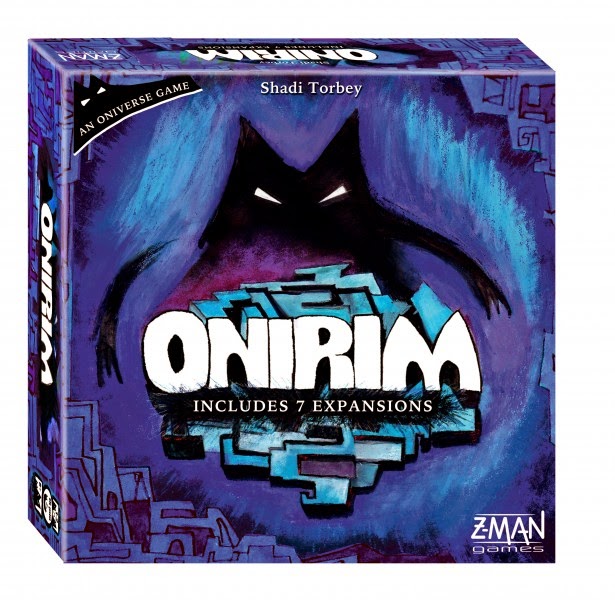 You are a Dreamwalker, lost in a mysterious labyrinth, and must discover the oneiric doors before your dreamtime runs out - or remain trapped forever! In Onirim, Z-man Games' solo/cooperative card game of nightmares and dreamscapes, will you wander in each room, hoping to find the door that will take you deeper, or allow chance to sort things out? In both cases, you'll have to contend with the slithering nightmares that haunt the hallways of the labyrinth.

This new, updated version of Onirim includes seven expansions, an appendix, and an Incubus figurine. It is available now!

Posted by Unknown at 1:30 PM No comments:

For the first time, you can lead your forces with a Planeswalker commander in this exciting multiplayer Magic format. Dominate the battlefield with new combinations of strength and skill. Fight wisely, for only one commander will prevail. This year's cycle of deck also provide some additional excitement, giving Planeswalker cards to card-less Planeswalkers of Magic's history, as well as being mono-colored decks. The 2014 Commander decks will be available on Friday, November 7th! 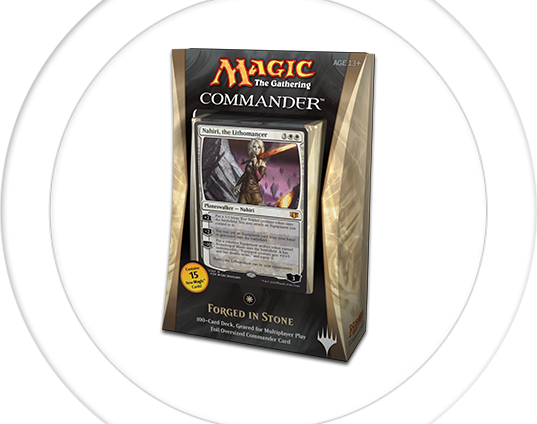 Nahiri, the Lithomancer knows that victory comes from having the right weapons. This Planeswalker commander is a master of arms who creates powerful equipment and enchantments to prepare massive armies for the fight. 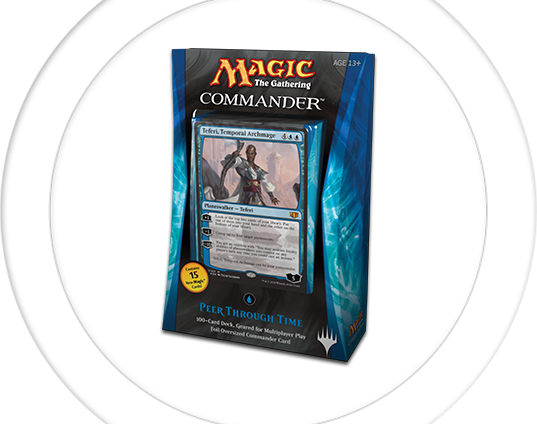 Teferi, Temporal Archmage manipulates time itself. This Planeswalker commander uses an arsenal of tricks to keep his options open and his opponents guessing until he can send forth massive blue creatures to deliver the final blow. 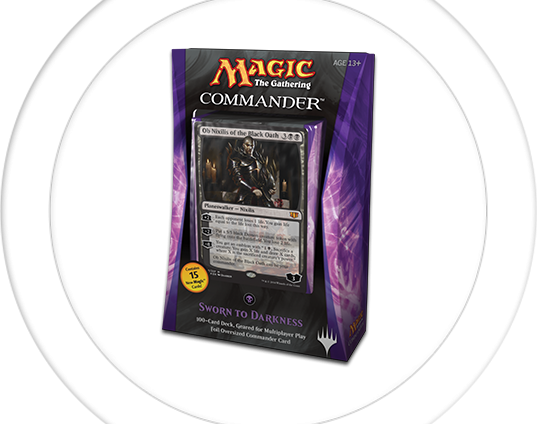 Ob Nixilis of the Black Oath is a ruthless tyrant who will stop at nothing to achieve his aims. This Planeswalker commander saps his opponents' strength, summons powerful demons to the battlefield, and compels the dead to rise and fight. 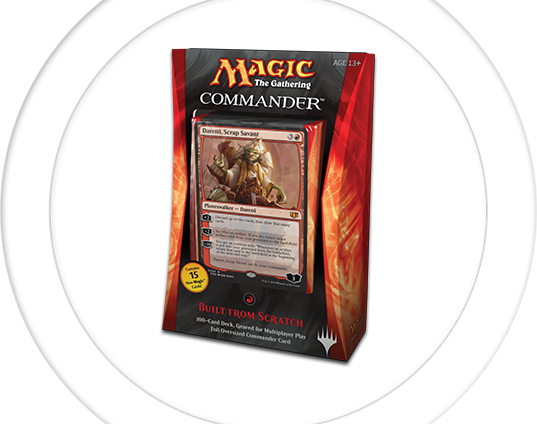 Daretti, Scrap Savant brags that he can build anything out of anything. This Planeswalker commander is a master artificer. He sacrifices trinkets to bring back treasures and cobbles together an army of automatons to crush the opposition. 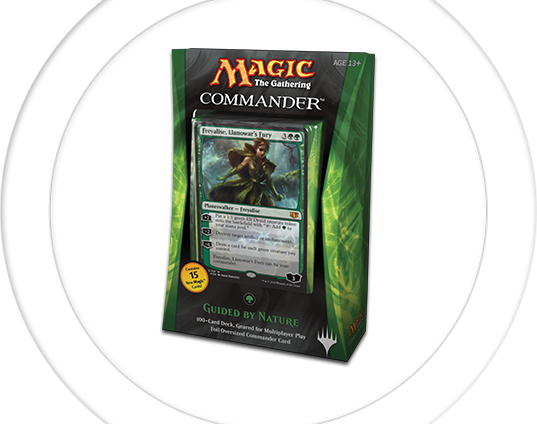 Freyalise, Llanowar's Fury protects the forest and the elves who dwell there, and they protect her in return. This Planeswalker commander summons loyal elves to her side and unleashes the full might of the natural world upon her enemies.